Cinnamon Banana Nut Bread with a twist… a cinnamon swirl!! This recipe is moist and packed with flavor.  Weight Watchers friendly recipe- 5 SmartPoints! 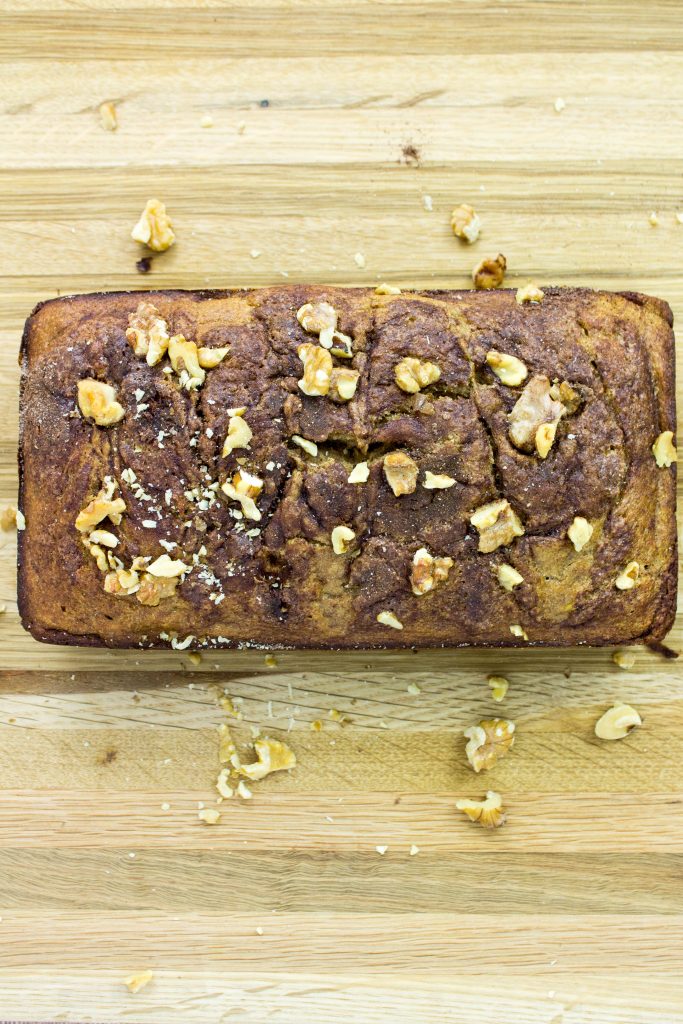 Believe it or not, my husband’s favorite “dessert” is either banana nut bread or snicker doodle cookies.  No chocolate or ice cream for this guy.  All he wants is banana nut bread, every day!  There are so many different versions of banana nut bread out there, so I decided to put a spin on this classic recipe and make Cinnamon Banana Nut Bread.  This is a Weight Watchers friendly recipe and only 5 SmartPoints per serving!

If you can’t find ripe bananas at the store, no problem!  You can actually ripen bananas by cooking them in the oven first.   Place the unpeeled bananas on a baking sheet lined with parchment paper.  I do this trick when I’m craving banana bread but do not have ripened bananas on hand.  Bake in a 300 degree oven for 30-40 minutes until the skin is black.  Let them cool for about 1 hour before peeling.  Once you peel them, they are all mashed and ready to go!

Cinnamon Banana Nut Bread is moist, comforting, but still healthy.  Banana bread is easy to make!  Just mix all of the ingredients and pour it into a loaf pan.  The truth is that my Kitchen Aid mixer really does all the work.  I know they are expensive, but y’all once you get one YOU WILL USE IT ALL THE TIME!!!

This recipe  is super easy to follow!  To the mixing bowl, add brown sugar and butter then mix on low speed for about 4 minutes.  Next add 1 egg and 1 egg white, Greek yogurt, and vanilla and blend for a few more minutes.  In a separate bowl, sift together white whole wheat flour, baking soda, baking powder, and salt.  Slowly add the flour mixture to the bowl with the wet ingredients.  I recommend gently adding a large spoonful at a time.  Blend for 5 minutes or so then add chopped walnuts. 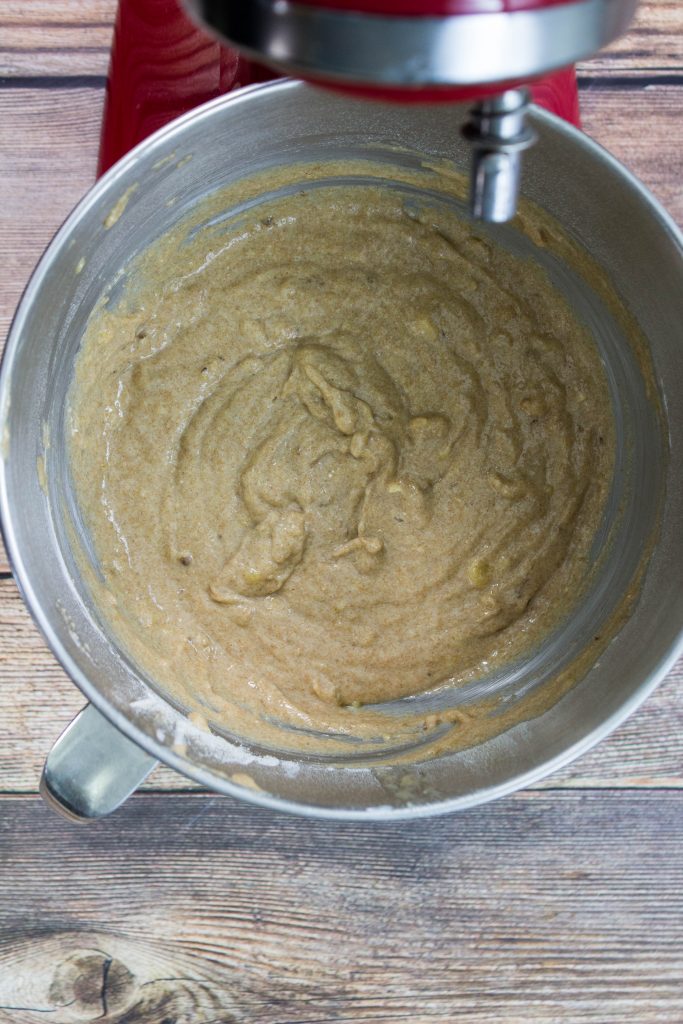 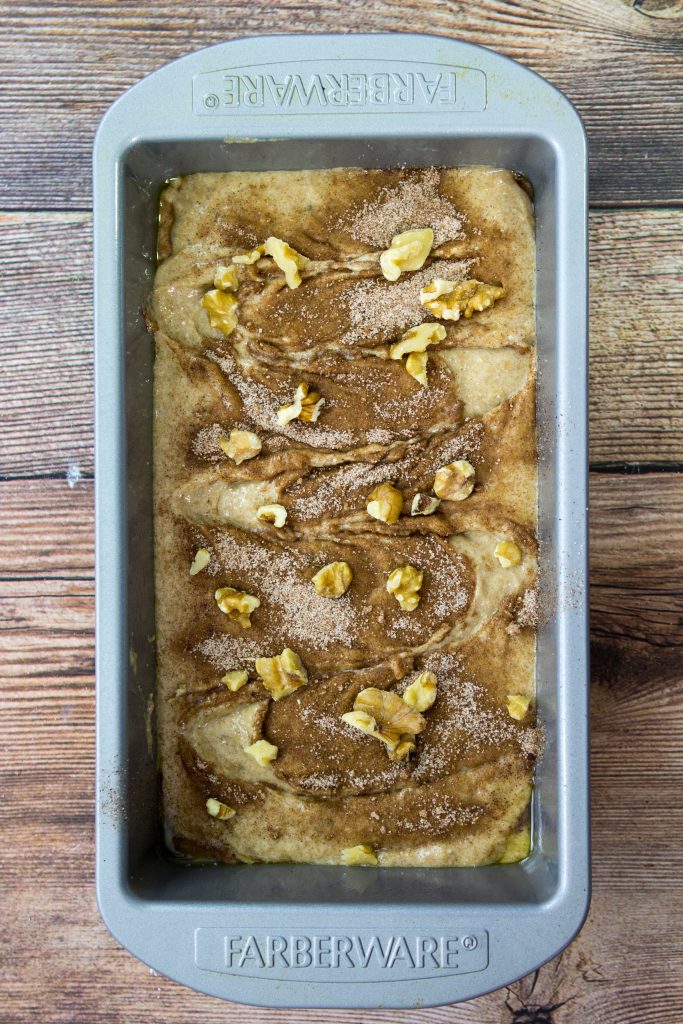 The hardest part is waiting for it to bake because the whole house will smell like a dream!!  The bread will bake for 1 hour.  Once the bread is baked, let it cool for about 20 minutes on a metal baking rack, then it’s time to dig in! 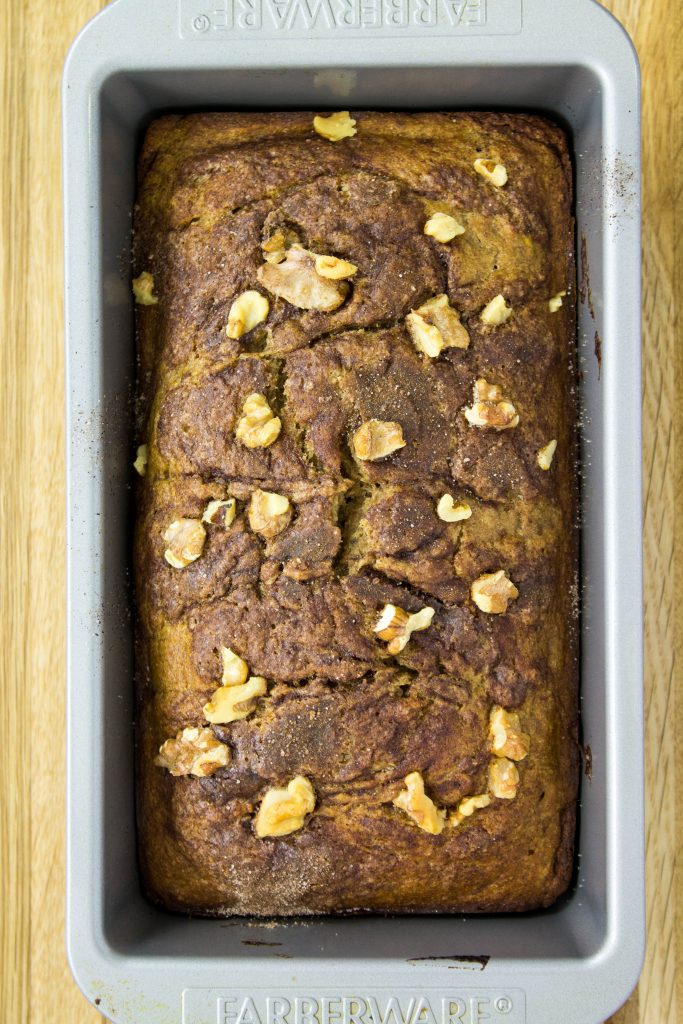 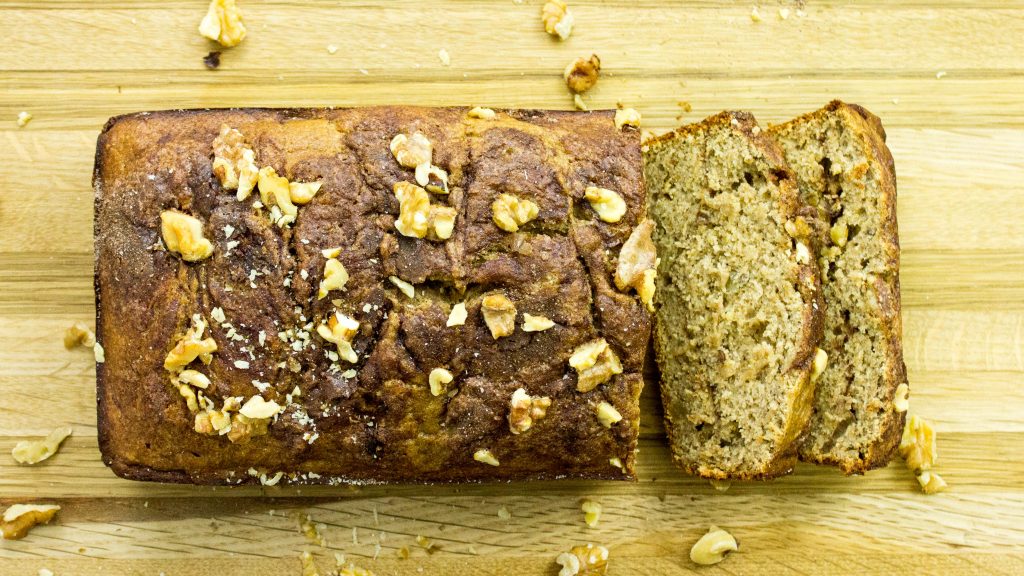 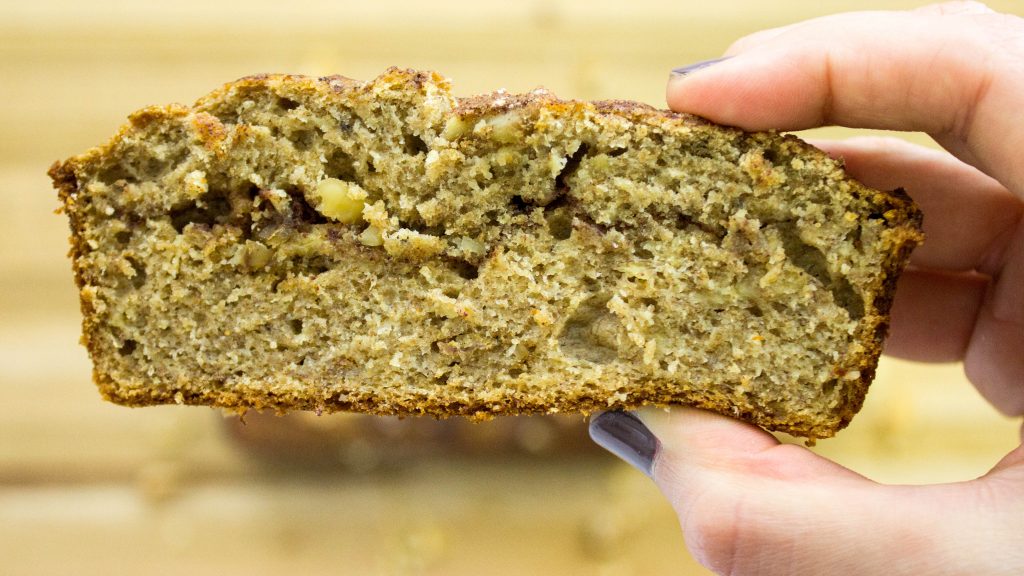 I hope you enjoy these cinnamon bites of flavor!

Watch this 60 second video to learn how to make Cinnamon Banana Nut Bread: 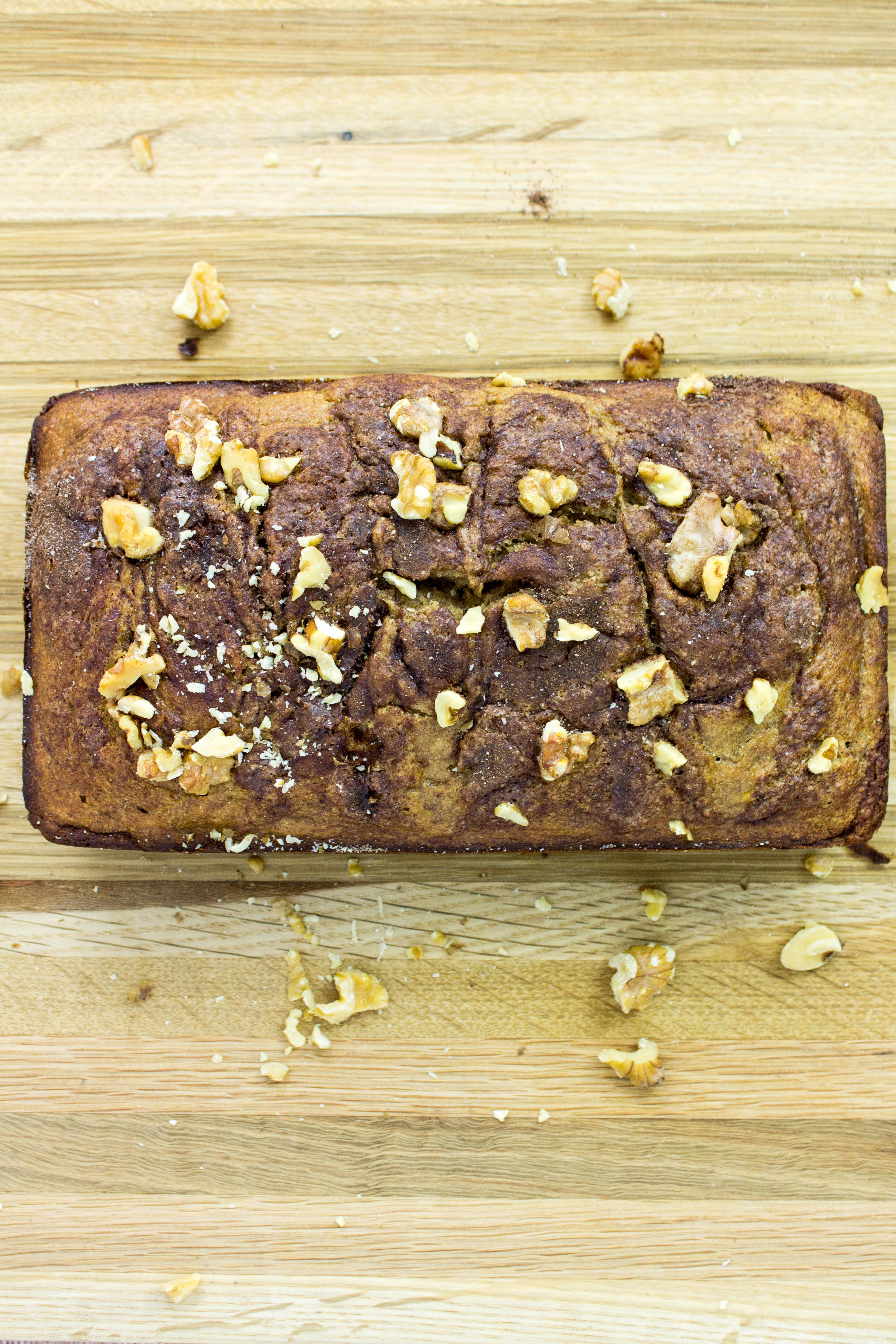